Football briefly took a backseat for the Cleveland Browns on Friday morning.

Rather than kick off their day with their typical planning meeting for the final practice leading up to Sunday’s game, coach Kevin Stefanski and his players carried out a more pressing mission: continuing their fight for social justice in their community. More specifically, the Browns took steps toward eliminating the digital divide that has placed students in the East Cleveland City Schools district at a severe educational disadvantage. 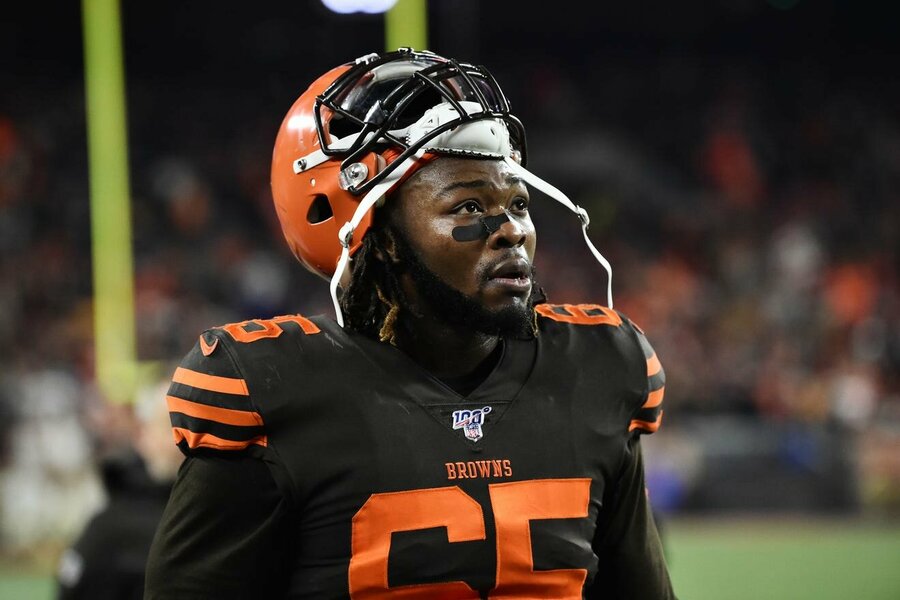 The Browns held a Zoom call with administrators, educators and students to inform them that they are donating $350,000 to East Cleveland’s schools to better equip students for virtual learning. The funds will purchase 325 Chromebooks for students, improve internet connections for 500 families, provide 200 hotspots for others, and get five teachers Dolby voice room kits, plus additional educational tools.

“We’ve heard a lot about the digital divide and how difficult it’s been for students to learn,” defensive tackle Larry Ogunjobi told the team’s Zoom guests, “and we know how education is such an important part of everyone’s overall success and we want to help. … We understand that we’re going through some dark times, but just understand that there’s a light at the end of the tunnel.”

With the support of owners Jimmy and Dee Haslam, Browns players since 2017 have made a concerted effort to bring light to the underprivileged in their community. As a result, Cleveland has ranked among the NFL’s most active teams on the social justice front. They have worked with local and state government officials on criminal justice reform, and the Browns have strived to eliminate educational barriers for children in the area.

When the team convened for training camp after an offseason marked by tumult as COVID-19 and racial tensions gripped the country, members of the Browns’ social justice committee began discussing how to make a bigger impact than in years past. The organization already had plans to partner with school districts statewide for an initiative called the “Stay in the Game! Keep Learning, Every Day” Network, which focuses on ending school absenteeism. But the Browns' social justice committee wanted to do more.

They zeroed in on the East Cleveland area, which is the fourth-poorest city in the country, where 46% of the district's 1,610 students are chronically absent, according to figures provided by the Browns. The impact of the coronavirus pandemic added to the pre-existing challenges for students and educators in the school district.

“Looking at social justice reform and in some of the meetings and things we’ve talked about, we realized that the digital divide was such a big thing,” Ogunjobi told USA TODAY Sports by telephone. “These kids are at such a disadvantage, especially now that everything is going virtual. Not having internet connectivity at home, not having the resources to get online and learn puts these kids at such a disadvantage. We’re trying to level the playing field because so many things in life, whether it’s systemic or whether people are just kind of down and out, a lot of times, basic needs just aren’t being met.

"The world is so technological now, so if you don’t have certain needs being met, or basic technologies, you’re just at a disadvantage. So, seeing the digital divide was such a big point, we really wanted to make a difference in that area.”

First-time voters:As sports world rallies around voting, what led these athletes to cast their first ballots

Greater than the game:NBA moms volunteering as poll officials on Election Day

The social justice committee – Ogunjobi and teammates Baker Mayfield, Jarvis Landry, Odell Beckham Jr., Sheldrick Redwine, Charley Hughlett, Myles Garrett, Joel Bitonio, Chris Hubbard, Kendall Lamm, Olivier Vernon and coaches Stefanski, Joe Woods and Stump Mitchell – learned how the Browns could meet the East Cleveland City Schools’ digital needs and then presented the idea to the rest of the Browns' roster. The players and coaches pooled their own money to come up with the bulk of the donation, and then upon learning of their mission, the Browns organization made up the difference to ensure that the school district would receive the needed $350,000.

“It was an awesome outpouring,” Ogunjobi said. “The Haslams have always been pushing education, being one of the mainstays. And to have everyone jump on board, wanting to donate, wanting to give.”

Earlier this week, Ogunjobi and members of the Browns' social justice committee held a Zoom call with students and teachers to hear about the educational challenges they have encountered during the pandemic. On Friday, those same students and educators were on the Zoom call in which the Browns announced their plan of action.

“We understand this is a difficult learning environment, what we’re doing right now,” Stefanski said on the Zoom conference. “We’ve been doing this since April. We’ve had a ton of Zoom calls with our players doing just this, trying to learn virtually, and it’s not easy. … Our players, our entire organization, the Haslam family, we want to make a positive impact on this community, and what better way to do that than to help ensure students are getting a quality education, that students and teachers have a quality environment for learning?”

Ogunjobi then took over and announced the donation, much to the delight of the East Cleveland students, teachers and administrators.

Later in the day, fueled by the hope that he saw on their faces, Ogunjobi expressed hope that his team’s contributions are only the start to a continued partnership and true launching pad for change in the area.

“I feel like we’re at a time where talking is kind of over with,” he said. “When you’re able to really put actions behind your words, that’s when you can really impact the lives of these kids and that’s the most important thing.”