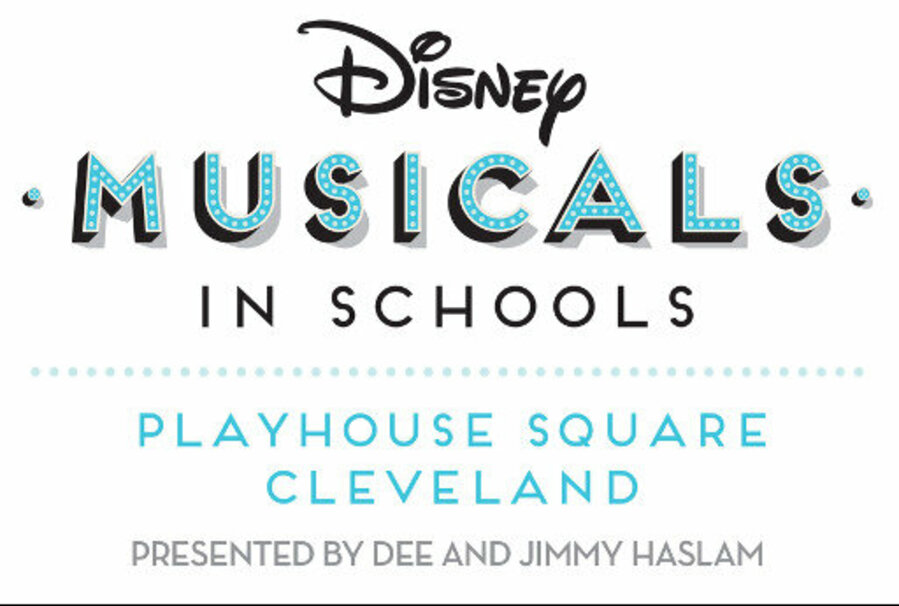 “We have been fortunate to experience the wonderful performances by the Disney Musical in Schools program at Playhouse Square,” said Browns owner Dee Halam. “It is so rewarding to see the confidence created and instilled within these youth participants and know how that will positively impact them later in life. To see how the family members are involved in the process and the resulting camaraderie and team building that occurs is fantastic.”

In 2015, Playhouse Square was awarded a grant from Disney to help bring the Disney Musicals in Schools program to Cuyahoga County. The program is an outreach initiative developed by Disney Theatrical Group to create ongoing theater programs in local elementary schools.

The after-school programs are completely free to participating schools. Disney Musicals in Schools helps to keep the arts in schools and utilizes the unique world of musical theater to build positive relationships between students, faculty, staff, parents and the community. Students work in teams to develop or restore self-confidence, strengthen communication and collaboration skills all while learning and enjoying the process of creating a musical theater production.

Through an application process, Playhouse Square selects four elementary schools each year. The four selected schools participate in a 17-week musical theater residency. At no cost to them, the schools receive performance rights, educational support materials and guidance from the teaching artists. The teaching artists’ roles are to help produce the chosen Disney musical by working with educators to create a sustainable theater program in the participating schools. The program culminates in a 30-minute Disney musical at each school site. Every March, Playhouse Square hosts a Student Share Celebration, where the four newest schools have the extraordinary opportunity to perform selections from their shows on a Playhouse Square stage for an audience of fellow students, family members and neighbors.

Playhouse Square President & CEO Gina Vernaci said, "One of the most rewarding days I experience every year now is the Disney Musicals in Schools Student Share Celebration at Playhouse Square. It is such a joy to witness the transformative power of live theater first-hand as these young students shine on stage. We cannot thank Dee and Jimmy enough for their generous support of this program.”

Disney Musicals in Schools was launched in response to Disney Theatrical Group’s concern that low-income students in urban, public schools were not afforded equitable access to the arts. After successfully offering the program in New York City schools, Disney Theatrical Group began partnering with organizations in other communities around the United States.

Disney KIDS musicals, created in partnership with Music Theater International (MTI), are about 30 minutes in length and have been adapted from the classic Disney films: 101 Dalmatians, Aladdin, The Aristocats, Frozen, The Jungle Book, The Lion King, and Winnie the Pooh.

DISNEY THEATRICAL GROUP (DTG) operates under the direction of Thomas Schumacher and is among the world’s most successful commercial theatre producers, bringing live entertainment events to a global audience of more than 20 million people a year in more than 50 countries. Under the Disney Theatrical Group banner, the group produces and licenses Broadway productions around the world, including Beauty and the Beast, The Lion King, Elton John & Tim Rice’s Aida, TARZAN®, Mary Poppins, a co-production with Cameron Mackintosh, The Little Mermaid, Peter and the Starcatcher, Newsies, Aladdin, and Frozen. Other successful stage musical ventures have included the Olivier-nominated London hit Shakespeare in Love, stage productions of Disney’s High School Musical, Der Glöckner Von Notre Dame in Berlin, and King David in concert. DTG has collaborated with the country’s leading regional theatres to develop new stage titles including The Jungle Book, The Hunchback of Notre Dame and Freaky Friday.

Music Theater International (MTI) is one of the world’s leading theatrical licensing agencies, granting schools as well as amateur and professional theaters from around the world the rights to perform the largest selections of great musicals from Broadway and beyond. MTI works directly with the composers, lyricists and book writers of these shows to provide official scripts, musical materials and dynamic theatrical resources to more than 60,000 theatrical organizations in the U.S. and in over 60 countries worldwide.

The largest performing arts center in the country outside of New York, the not-for-profit Playhouse Square is Northeast Ohio’s destination for Broadway and more great entertainment. Playhouse Square is a champion of arts education and downtown Cleveland, and proud to be the home of Cleveland Ballet, Cleveland Play House, Cleveland State University Department of Theatre and Dance, DANCECleveland, Great Lakes Theater and Tri-C JazzFest.