LORAIN, Ohio — Over the past two years, the Browns renovated five football fields within the Cleveland Metropolitan School District in an effort to help lift up the community. 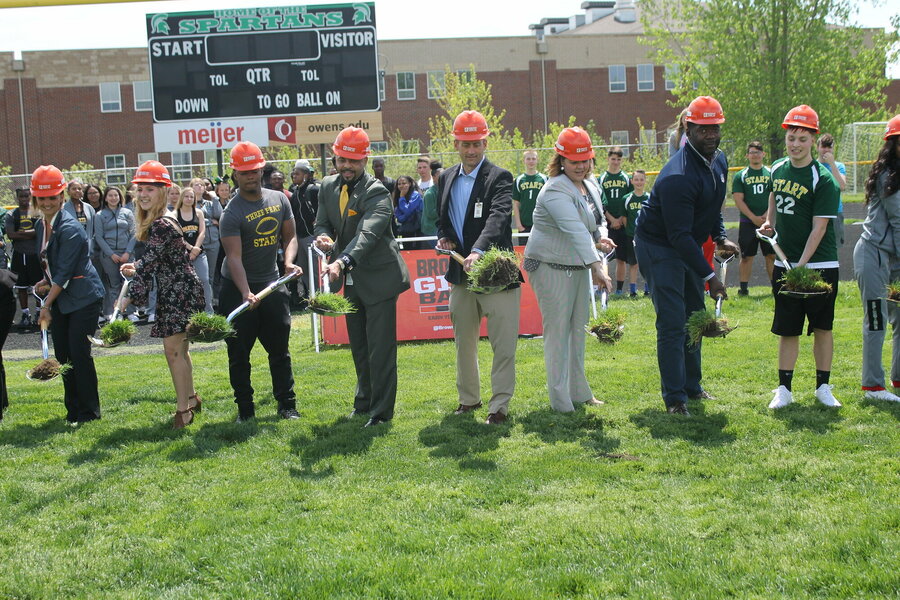 They're continuing that mission at Lorain High School's George Daniel Field, the next site to receive a high-quality synthetic turf field funded through owners Dee and Jimmy Haslam and their ongoing commitment to youth football and the greater Cleveland area.

Landry, who joined the Browns recently after four seasons in Miami, made it a point to start laying a foundation in the community.

"Today's my first day actually having the opportunity to step into the community and why not for something like this, for a great cause that Dee and Jimmy have been putting together," said Landry, who was an active member of the South Florida community before coming to Northeast Ohio. "To be a part of this, it's good for me to be out there."

Lorain's new multi-use field is expected to be ready for the start of the 2018 high school football season and also will be used by several male and female high school sports teams and by youth programs in the local community.

Back in 2016, the Haslams announced a commitment to provide five Cleveland Metropolitan School District fields with high-quality synthetic turf during a two-year project. Roye Kidd Stadium, James F. Rhodes Stadium and Bump Taylor Stadium were renovated prior to the 2016 high school football season, while John Adams High School and John Marshall High School were updated prior to the 2017 campaign.

Last year, the Browns pledged to donate all of the team's net proceeds from items purchased in the Browns' FirstEnergy Stadium Pro Shop to support Browns Give Back's commitment to education and youth football, including to benefit educational initiatives and additional neighborhood fields projects.

Landry, who's still learning the ins and outs of the Cleveland area, said he's eager to be a positive force off the field.

"I know for me, it's something that God has placed me on this platform to, inspire and give back. I did it in Miami and I don't see it going anywhere," he said. "I see me doing the same thing here."