Browns break ground at John Adams HS: 'This field will unite the community like no other'

CLEVELAND —As the Browns, members of John Adams High School and the surrounding community prepared to break ground on what'll be a state-of-the-art athletic field, they reflected on how this plot of land will bind them for years to come. 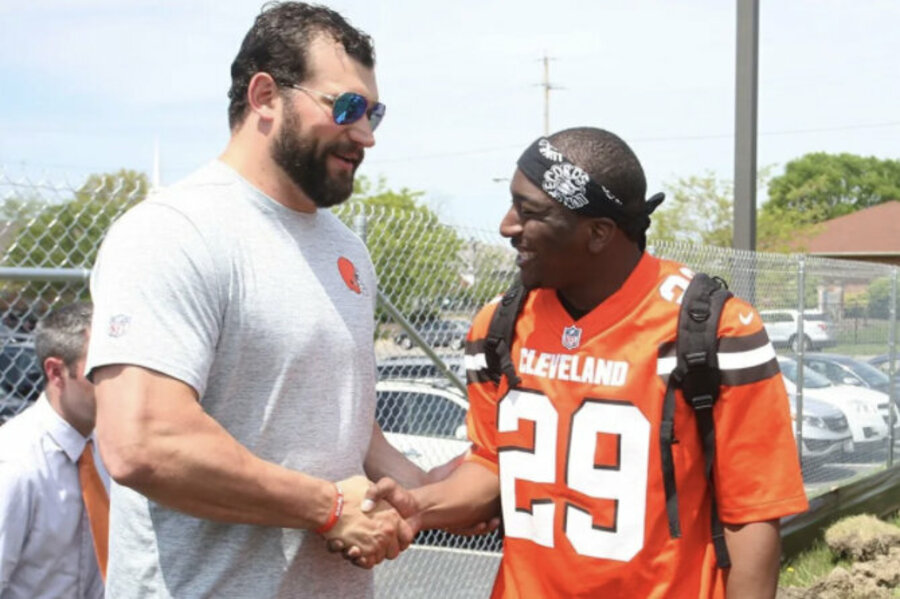 That was something Browns owner Dee Haslam made clear Tuesday as they kicked off the fourth of five Cleveland Metropolitan School District sites to receive synthetic turf installed through a two-year project made possible by Browns owners Dee and Jimmy Haslam.

"This field will unite this community like no other," Haslam said, "so we're really excited to be part of it. It's an honor."

Three fields — Roye Kidd Field, James F. Rhodes Field and Bump Taylor Field — were renovated before the start of the 2016 high school football season while the Browns are set to break ground on John Marshall Field later this spring.

"It's really fun to come out here today and meet some of the guys on the football team that are going to directly benefit from having the new football field," Thomas said, "so it's really exciting to see the excitement on their faces."

While the project takes aim at helping CMSD fight the problem of chronic absenteeism (if students want to participate in sports/extracurricular activities, then they have to come to school), these state-of-the-art fields also become something of a center for everyone in the community.

"It's always fun to go out and be in the community, see the fields and just talk to the people that are going to use it," Haslam said. "That's really exciting, and to see the alumni here and the parents and how excited they are, the difference it can make in these kids' lives and the community's lives."

As part of Browns Give Back, the Browns are continuing their commitment to #give10 through the team's signature First and Ten volunteering campaign during the offseason after engaging the community throughout the season each Tuesday on the players' day off.

Launched in June 2014, the Cleveland Browns First and Ten campaign was established to inspire fans to volunteer in and help their communities throughout the world by volunteering for 10 hours each year. Through First and Ten, the Browns are the only NFL club to promote a long-term volunteering program that unifies the team and its entire fan base, with the goal of impacting every individual's city across the globe, as well as the franchise's local community. Fans are encouraged to share how they give back in their communities by tagging their stories #give10 on social media.

The Cleveland Browns give back to Northeast Ohio with a commitment to education and youth football while engaging the community through the team's signature First and Ten volunteer movement. For more information, visit www.clevelandbrowns.com/community.