CLEVELAND, Ohio – As part of the Browns’ dedication to education, youth and high school football and Cleveland, Dee and Jimmy Haslam today announced a commitment to provide five Cleveland Metropolitan School District (CMSD) fields with high-quality synthetic turf during the next two years. 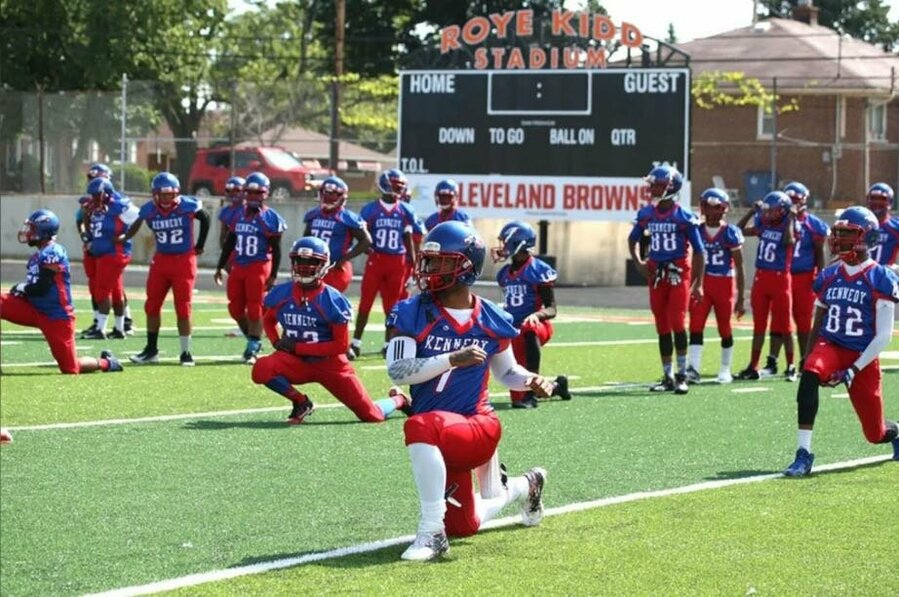 The Browns, CMSD and the City of Cleveland extensively collaborated on the project, scheduled to begin this month at two sites.

“Since making Cleveland our home, we have focused on improving football and education for the entire region. By installing these five synthetic turf fields within CMSD, we are able to combine those two passions to give our youth, schools and communities year-round access to the resources they deserve,” the Haslams said.

“In addition to how these types of projects and participation in sports can help motivate students to attend school and succeed in the classroom, playing youth and high school football offers our city’s children unique opportunities to develop teamwork, character and life skills that will benefit them throughout their lives, as well as the City of Cleveland’s future.”

During the community impact project’s planning stages, CMSD identified five fields that would provide the most significant results throughout the city, as well the ideal timeline for each site. Two fields – Roye Kidd Field and James F. Rhodes Field – will be completed for the start of the 2016 high school football season, while John Adams Field and John Marshall Field will be renovated in 2017. The timeline for Bump Taylor Field, located at Patrick Henry School, is being finalized.

“This project provides opportunities to our young people, and partners like the Cleveland Browns help us invest in and provide the resources our students need to succeed,” said Mayor Frank G. Jackson.

The Senate League fields, available to all CMSD schools, will be lined to accommodate multiple sports to offer more students opportunities to benefit from the upgraded playing surfaces. Through the project, the Cleveland Muny League, CMSD physical education classes and local community members will now receive additional access to the fields, given many time limitations related to grass field maintenance have been eliminated with the implementation of synthetic turf.

“The Browns’ gift of upgraded playing fields will benefit school athletes and youth across the city,” said CMSD CEO Eric Gordon. “We are grateful not only for the Browns’ support of youth and high school football but also for the many ways they promote the overall health, safety and success of Cleveland’s kids.”

The Cleveland Browns are committed to assisting the development, safety and growth of youth and high school football throughout Northeast Ohio with year-round programming for players, coaches, officials and parents. Through camps, clinics and other initiatives, the Browns’ goal is to promote healthy, social, emotional, intellectual and physical development of youth by enhancing opportunities for youth football participation and education.

Through the Cleveland Browns Foundation, the Browns recently teamed up with CMSD to boost attendance for schools to win in school and life through the “Get 2 School. You Can Make It!” campaign. The initiative focuses on creating strategies and removing barriers related to students’ personal attendance as youth who regularly attend school get better grades, have higher graduation rates, attend community or four-year colleges at higher rates and earn more money over their lifetimes.